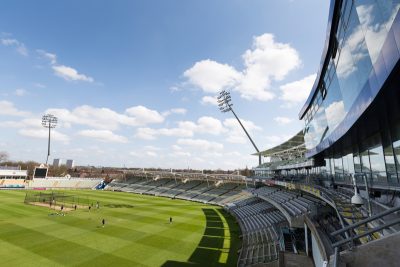 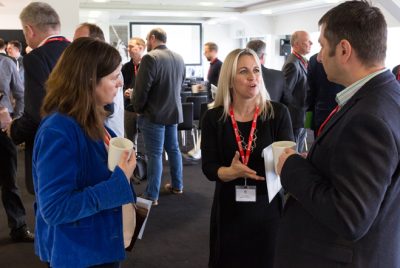 The actual business of the AGM was presided over by TSA President Adam Bradley, beginning his second year in office, along with Nick Hampson as Vice-President who was also re-elected.

The newly elected Council was announced: Adam Bradley, Nick Hampson, Graham Mills, Stuart Dimond, Olly Viney, Adrian Halliwell, Tony Rogers, David Watterston, Nathan Spencer, Sam Roberts, Mike Hopkins and newly elected Lucy Powers.  This year had seen an election for Council and Adam thanked Luke Steadman who had been unsuccessful this time around. The effort that the volunteers of Council put into TSA should not be underestimated and Adam thanked all concerned.

This year’s President’s Award was presented to Andrew Crumpler, Senior Tutor at The Survey School. Andrew has personally taught hundreds of students and given them a firm foundation in surveying, many of whom took to social media to express their delight at the announcement and gratitude to Andrew for the skills he had taught them so well. Lockton sponsored the glass trophy and have generously donated £100 to Andrew’s nominated charity – ‘Maggies’, which supports cancer patients and their families. 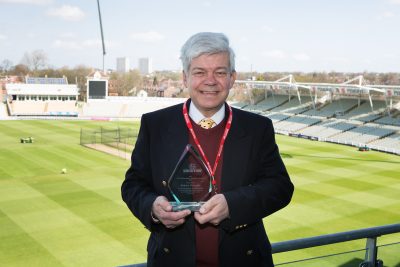 With the official business of the AGM finished quicker than an England innings in Australia, the day was devoted to topics that matter most to members.

As he did last year, Gordon Jenkins, Director of Operations at CSCS, gave an update on the changes to the CSCS Card scheme which is affecting TSA Members.  Gordon explained the background and also the way that TSA has worked closely with them to deal with any problems that have arisen. 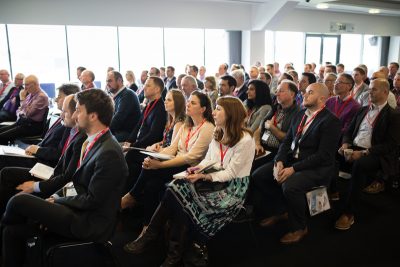 TSA Vice-President, Nick Hampson, then provided the latest news on both TSA Level 3 Diploma in Engineering Surveying and the Geospatial Apprenticeships.  Almost 200 registrations have been received for the Level 3 Diploma qualification, with seven Assessors at various stages of training and 17 candidates actively going through the process. The Geospatial Apprenticeships (level 3 and Level 6) have now received Ministerial approval so employers can now use their Apprenticeship Levy payments or Government apprenticeship funding to pay for the development of new talent for their businesses. TSA is very proud to have funded all the development work. If anyone would like to know more on where the Apprenticeships are being delivered, please contact Christina Hirst directly (christina.hirst@chconsultancy.com)

Everyone’s favourite subject, GDPR, was then covered by Brett Taylor from QMS – giving Members the background to the regulation which has an implementation date of 25th May 2018. A thorough explanation followed, taking Members through what the changes to data protection are and what steps they need to take.

We were then joined by Stephen Kyberd, Head of Engineering at the Oxford Robotics Institute (ORI) at Oxford University. Stephen spoke on Mapping and Localising for Autonomous Vehicles, showing examples of where their engineering teams deploy the ORI’s research across a range of robots in diverse environments.

A two course lunch was then served, with the opportunity for everyone to sit either at tables or enjoy the sunshine on the balcony, with the players having a net on the pitch below. Members also made the most of the opportunity to network. 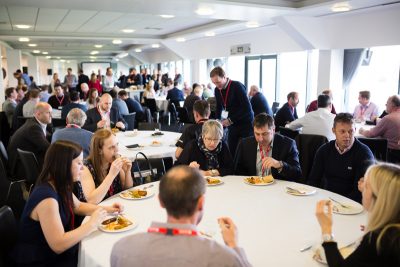 The afternoon session was given over solely to the drastic rise in survey equipment theft over the last 12-18 months. Rachael Oakley from SmartWater gave members an overview of the new initiative launched with TSA in February, to collect all theft details and feed them into an Intelligence Portal. TSA Members are now receiving regular updates which include crime hot spots and analysis on trends and organised crime. Andy Barton from Jelf gave the insurers perspective and then a lively and thorough debate ensued. Members were able to quiz the panel, which included James Cooper of Survey Solutions and David Norris of Plowman Craven – sharing their experiences and also useful suggestions. The manufacturers also updated everyone present as to the various measures they are taking to help tackle the problem. TSA’s greatest strength was in evidence – providing a forum for all elements of the survey profession to come together and discuss issues that affect everyone. 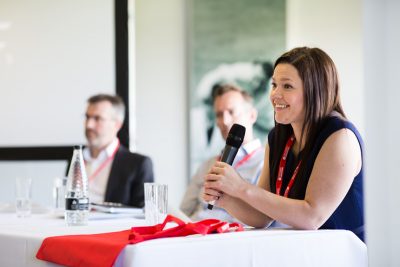 A further session on this subject will be held at GEO Business, on 23rd May at 10.30am – please do come along, details are HERE.

The feedback has been excellent:

“This was my first conference and it was a pleasure to be in the company of like-minded professionals who are all going through the same business related issues.”

“The event was very well organised and the speakers were all interesting and relevant. The stolen equipment forum was particularly good with many valid points raised. Well done TSA”

“This was the first one I have attended. It was fantastic.”

What are you waiting for? Get involved!