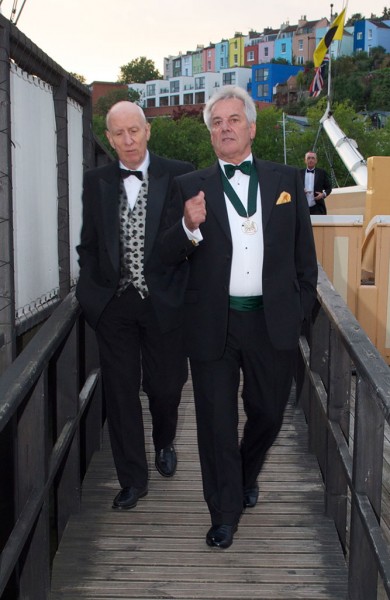 The world of surveying is a much poorer place today after the recent sudden and very sad death of Ken Hall.

In life if you are very lucky, you will occasionally meet a person for whom you have immediate respect and with whom you strike up an instant rapport. Ken Hall was just such a man. I first met Ken in the 1970’s in Wetherby. We at Photarc were doing some railway work with Simmons and Ken came to meet me. I was immediately struck by his sense of style. Sunglasses on his head, open necked brightly coloured shirt and driving a Toyota Celica which was playing an Abba track very loudly. I thought at the time, “that is how to make an entrance.” In later years, he never failed to do the same!

Over the succeeding years I came to know Ken as a client, colleague and most importantly as a friend. He was one of those people that you always looked forward to meeting and were never disappointed by being in his company.

Ken’s own company were never members of TSA although Simmons Surveys was one of the founder members. Despite not being a TSA member, Ken was always a good friend to us and very respectful of the role of TSA and the work which it carries out. In his capacity of Chair of Geomatics for the RICS and President of Chartered ICES, he was a long term member of the SLG (Survey Liaison Group) with TSA and the other aforementioned bodies.

Ken was a true modern surveyor always enjoying the many challenges, both technical and business, of our industry whilst always trying to advance its professionalism. When he spoke, you would listen as you would know that words of wisdom would be forthcoming, not just platitudes.

The picture below shows Ken and I arriving together at the ICES President’s’ dinner on the SS Great Britain. Ken as usual looking as dapper and stylish as you would expect of a President.

There will be much written about this remarkable man and all of it will be complimentary and quite probably understated. All of our thoughts go to Norma and Ken’s family and many friends at this very difficult time.

From my own personal point of view I will really miss this extraordinary and very very nice man. He has greatly enhanced both my life and all of those that have crossed his path. RIP Ken.