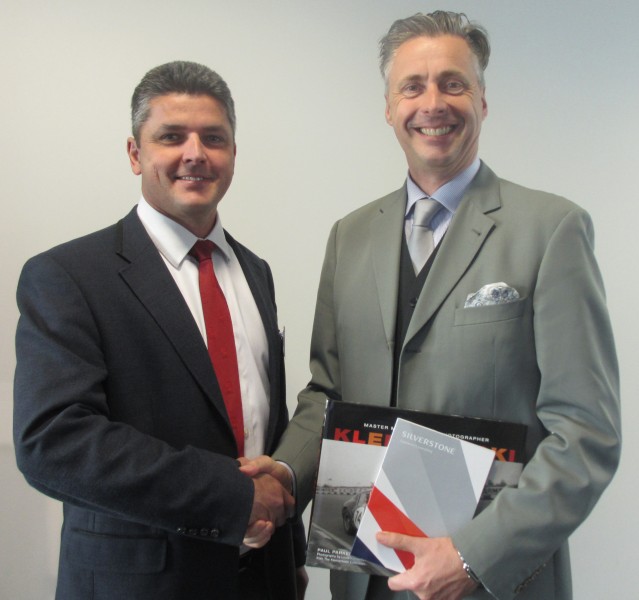 TSA held its 35th AGM on 15th April, generously hosted by Leica Geosystems at their HQ in Milton Keynes.

The Report and Accounts for 2014 had previously been distributed and made for very positive reading.  The addition of The Survey School to TSA’s responsibilities in May 2014 has opened up a whole new world of opportunity.  The documents were duly approved.

The day marked the end of a 5 year term of Graham Mills as TSA President.  Graham joined Council in 2007 as a fresh-faced, enthusiastic MD of a thriving survey business.  He became President in 2010 and, despite some of the worst trading conditions ever experienced by the survey industry, he has helped to steer TSA through and beyond into hugely successful times.  Membership has grown to well over 150 companies and TSA’s reach and influence is growing.  His experience and knowledge are not lost to TSA, however, as he remains on Council and will assume the chairmanship of the PR Committee.

Graham has been succeeded by Mark Combes as President.  Mark presented Graham with some Silverstone vouchers and a photographic book on the history of motor racing.  The meeting thanked Graham and congratulated Mark. In one of Graham’s last acts as President, he announced that the recipient of this year’s President’s Award was John Witherden of Aworth Land Surveys.  John had stepped down from Council after serving for 16 years.  He has been a true stalwart of TSA, always mindful of the greater good – always striving to do the very best for the whole survey industry.  His wise, careful and thorough approach was always hugely appreciated by his fellow Council members and also the Secretariat.  He chaired the MIA Committee with distinction and was a loyal and supportive Vice President from 2008 – 2013. With the AGM business concluded, there were three presentations to wrap up the morning session.  Sam Douglas-Bate of MHP, TSA’s political lobbyists, gave a very entertaining presentation on the forthcoming General Election.  Richard Maltby updated members on the drive to pursue an Apprenticeship scheme for surveyors, with staff shortage a huge issue in the industry.  Gary McDonald from Ordnance Survey then spoke on the Business of Mapping.

A buffet lunch was consumed and much networking and catching up ensued.

The afternoon session was given over to Leica, with three presentations on the latest developments on survey-related topics.

It was a good day and we look forward to the TSA Conference on 11th November at RAF Hendon – the subject will be BIM, so TSA Members, make sure the date is firmly etched in your diaries!